You are here: Home1 / Addiction2 / Impulse Control and Alcohol Abuse 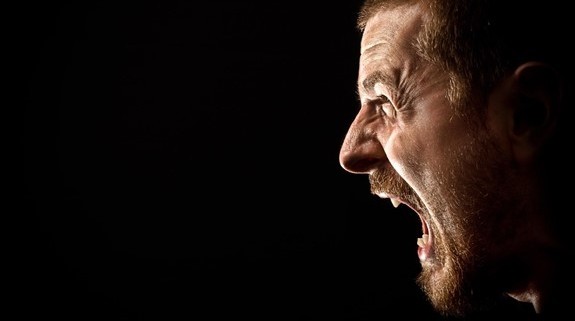 Impulse control problems are common among people who abuse alcohol. When someone struggles with impulse control, they are unable to resist engaging in behaviors that cause them, or others, harm. Impulse control disorder (ICD) is a newly defined type of personality disorder.

ICD often co-occurs with alcohol abuse. An ICD called “intermittent explosive disorder” features bouts of rage, but there are other types of impulse control issues that might also be present in alcoholics. These might include compulsive gambling, pyromania, or kleptomania. But the ICD most present in people with an alcohol use disorder (AUD) is intermittent explosive disorder.

A study looking at patients who were enrolled in alcohol detox showed that 38% had a co-occurring ICD. Of those, 2/3 had intermittent explosive disorder. The next most common ICD in these study participants was a compulsive gambling. Drinking also involves compulsive behaviors, and the two disorders often coexist.

What is Impulse Control Disorder?

Impulse control disorder is a mental health disorder that features a problem with controlling behaviors. Early signs of the disorder may first emerge in childhood or the teen years with conduct disorder, ADHD, or oppositional defiant disorder. These show up as antisocial type behaviors that cause problems in school or with authority figures. About 10.5% of adults have an ICD. The disorder follows a cycle. There are increased urges or cravings that build up of tension when anticipating the act. This is followed by the impulsive act itself, and then a feeling of relief after the act is completed.

Types of ICDs include:

Treatment for an ICD is mainly focused on behavior-based therapies along with antidepressants.

Although impulse control and alcohol abuse are separate disorders, they do share common features. They are called co-occurring disorders, or the presence of both an SUD and a mental health issue like ICD. Data supports that many people with an ICD also suffer from substance abuse… with numbers as high as 50%.

As with other dual diagnoses, it is hard to pinpoint which disorder emerged first. Was it the SUD that led to the ICD or the other way around? Of course, not all who have an SUD have an ICD. Just as true is the fact that not all people with impulse control issues have an SUD.

When Alcohol Abuse Crosses Into an Alcohol Use Disorder

There is a risk of alcohol abuse morphing into a severe AUD when paired with ICD. The ICD itself, whether it is the sudden bouts of rage or constant gambling, may be relieved somewhat by drinking. As the cycle goes on, the risk increases that the person becomes dependent on alcohol.

Someone with an impulse control problem might find themselves facing harsh effects of their ICD. If it is coupled with an AUD then the problems are even more intense. These include:

There are some telltale signs that an AUD is present. People that become dependent on alcohol will display warning signs of the drinking problem. These include:

Clearly, the more AUD signs present, the more severe the AUD is.

Bodhi Addiction Treatment is a recovery program that helps people overcome alcohol use disorder with a mental health issue such as impulse control. Our program is a holistic one, helping clients achieve both sobriety and mental wellness. For more details about our program, please reach out today at (877) 328-1968.

How a Spouse is Affected By a Partner’s Addiction